A text from someone asking me "Hey Bubs, guess who's in town?". It was... JOEY!!! AKA Panzii formerly known as Panda_Rawr, or Miss MFC August 2011. *Hehe* I just like to be wordy with it because I'm hoping it emphasizes the magnitude of the situation. 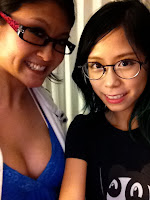 I met Joey at her hotel around noon. We went to go get pho then headed to the beach. After the beach we got Jamba Juice. Then we pretty much talked for the rest of the night. I left pretty late.

I made sure she had an "In & Out Burger" while she was in California. We hung out by the beach, but unlike Friday, we hit deeper topics. She went from the fun cute nerd I met on Friday, to a girl who is very much like me. More like me than any model I have talked to before, and you guys know, it's a lot. On Friday she was able to give me clarity, as I have felt lost in my own way. I was hopefully able to return the favor. She was so grateful but I don't think she truly understands the magnitude of how much she has helped me just by being a role model for non-nude girls on MFC. I've tried to tell her, "because of you doing what you do, I'm happy, and not ashamed to be a cam model". That's mother fucking priceless. I feel good right now. Cam: $100, laptop: $1000, internet: $50/month, Happiness: PRICELESS!!! We didn't even get to sleep till the morning of the 3rd. 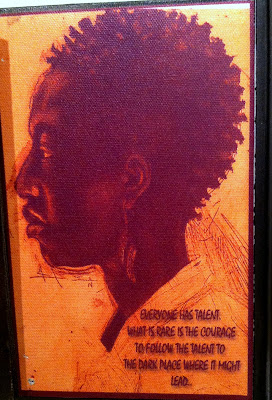 We went to a really cool outdoor arts and crafts market, where we saw a lot of very inspirational pieces.We had dinner at a Korean place.

Then after a long long day and night of talking from noon till 2am, she decides she wants to go online. That's not something I really am comfortable with because I didn't want people to make their own conjectures about the situation, when it's just two girls trying to connect. A person can say one thing, but everyone will perceive it differently, no matter what, there will be one person that has a few "screws loose". As I sat there with her online, talking on cam, I was extremely thrilled to see her show her room just how "human" she is. I felt like she was able to show her room what I've seen all day. Which is someone who is just as "lost" as I am.

Online, I always saw her all happy, dancing around getting tipped for having fun. I was envious because I thought, "wow she's got it so together, she knows who she is, what she wants, she's aiming for it, working for it, and accomplishing it. That's fucking insane. So many people, like me, have no clue what to do with themselves, in life, day to day, etc. She knows her passions, she has these seemingly "ambitious" goals, and freaken knocks that shit down! Going through those emotions for one day was intense because people don't realize how intense for her. She's accomplished a lot, but it's human nature to keep going. Let me put it in a way that might help you understand, but hope you guys don't take it the wrong way. But think of it like athletes who have accomplished a lot, they still push themselves to keep going, because once you are labeled as "the best". Then everyone else is out to "beat" you, to feel a sense of accomplishment, so you are constantly trying to defend your "title". It was so heartbreaking to see someone who has accomplished so much be so effected by ants. I went to sleep around 8:25 in the morning, at her hotel, after being awake for nearly 24hrs.

I woke up early to check out. Then cammed in the lobby of the hotel. We hung out for a bit, then I went home.

Joey and I spent our day at a crafts store and bought just about everything! Like two little girls in a candy store. We got lunch at a soup/sandwich place. Our numbers were 343 and 344. Then went to get boba.

We got to watch the fireworks at the beach and got some awesome footage. We got back to the hotel room and stayed up all night crafting and drawing. Then we hung out on cam for a bit. 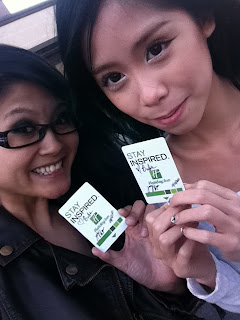 Had to say good bye to my little Panzii, but we made each other souvenirs!! Stay Inspired!

Support The Time I Put into Sharing My Thoughts By Contributing:

Be the Max to my Nora!